Asthma can affect every aspect of your life and Acupuncture and Chinese herbal medicine can be a safe and effective treatment for asthma and help give you control over your asthma. We have had many patients that have seen the benefits of regular acupuncture treatments in reducing the severity and number of asthma attacks they experience.

Contact us to receive a free consultation and to find out if acupuncture is a good option for you.

My oldest child, Freddy, has suffered terribly from asthma and allergies for most of his life. What the doctors believed was chronic croup as infant, was then diagnosed as asthma, and by age 4, Freddy was placed on daily medications to control his asthmatic episodes. We maintained for 4 years on a cocktail of medications, increasing types and dosages of medicine in the Fall and Spring, when Freddy’s symptoms were the worst. On the whole, his symptoms remained well controlled, but at least once or twice a year, he required some emergency medical intervention.

During a family trip to Jamaica in the Spring when Freddy was 8, Freddy had the worst asthma attack of his life, which terrified us all, and resulted in him being placed on 11 different medications. In a consultation with his doctors, I asked about what else I could be doing to help Freddy, and inquired as to the side effects of the medications. I was assured that the medicines were safe, and that the best way to help Freddy was to keep him on those medications to prevent any further episodes. I was told he would most likely remain on some kind of allergy prescription for the rest of his life.

Freddy has always been a wonderful and very bright child, whose manner is calm and reserved. As he grew, however, he had become increasingly irritable, especially in the mornings, and he was generally lethargic. He did not want to play with friends after school. He never wanted to do any activity that required running. In general, he did not like to be outside. I believed that he had a quirky personality, that was often melancholy and inflexible.

After the asthma attack in Jamaica, I began to look into alternative therapies to treat allergies and asthma, and through word of mouth, (and I believe, God’s guidance) I came to find Brad Hill. When Freddy began seeing Brad, he was taking 8 daily medications, with 3 additional back up medicines as needed. Although his major asthma attack had been 5 months prior, the doctors were still unable to get his respiratory rates back to their previous baseline. After the first appointment with Brad, in the car on the ride home, Freddy yelled, “My chest…it feels up! I just want to run!” And so began our practice of Freddy running down the long driveway after his appointment---and me ( shocked at what I was seeing) following behind in the car.

Within 10 weeks of treatment with Brad ( a treatment that consisted of acupuncture and Chinese herbs), Freddy had been weaned from his medications ENTIRELY. He took absolutely nothing to control his asthma symptoms, and his doctors could not explain why his Pulmonary Function Tests were NORMAL.

As a mother, I was struck by the overwhelming change in Freddy’s personality. My sedentary child, was running to the bus stop in the morning, and asking to ride his bike the second he got off the bus in the afternoons. In the mornings he was sweet and happy. The child I had thought was quirky and inflexible was no longer there. Freddy talked about how much he hated his asthma medicine, and it made him feel like he was going to “explode” inside. At our Thanksgiving table, when we each shared what we were grateful for that year, Freddy said, “Brad.”

Now a year later, Freddy has made it through 2 of his worst allergy seasons without ANY medicine at all. The cats who used to cause his eyes to swell shut, he can now hold without incident. His asthma doctors say that his respiratory tests look like those of a child who has never had asthma. Our once weekly visits at the allergists have become a once a year check up.

It is my firm belief, that Brad’s intervention with Freddy changed his life, and the life of our entire family. Freddy is a different child, who is well and happy. As a mother, I no longer carry the constant fear of somehow being without his medicine when it is needed. I no longer pack an entire pharmacy with me for even a short weekend trip. I am overwhelmed with gratitude because I feel like Freddy is finally comfortable and free to be who he is supposed to be. For 8 years, between the symptoms and the medication side effects, I am not sure Freddy ever felt well…And now he does!

When I asked Freddy what he would tell other kids about acupuncture he said, “Tell them it doesn’t hurt. It is actually pretty fun. It is relaxing. And it will make them feel SOOOOOO much better.”

I am eternally grateful to Brad for what he has done for Freddy. As a mother, I will never be able to thank him enough. 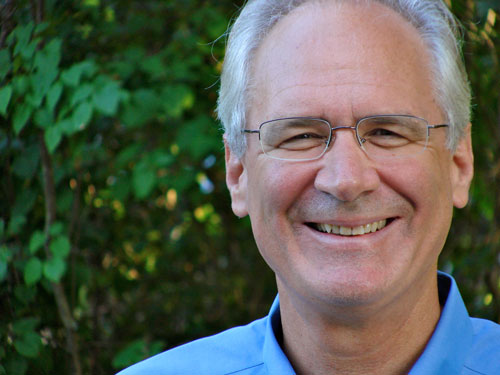